Your IT Support Experts

We partner with many types of businesses in the area, and strive to eliminate IT issues before they cause expensive downtime, so you can continue to drive your business forward. Our dedicated staff loves seeing our clients succeed. Your success is our success, and as you grow, we grow.

Al Kendi Computer Systems has been serving the Dubai area since 2011, providing IT Support such as technical helpdesk support, computer support, and consulting to small and medium-sized businesses.
Categories
Tags

Is Data a Commodity? Maybe Not, but It Is an Asset The late American author Kurt Vonnegut once wrote, “New knowledge is the most valuable commodity on earth. The more truth we have to work with, the richer we become.” Written in the 20th century, it has been put in practice by 21st century businesses. As the Internet has grown, the amount of companies expanded, and the amount of data that those companies collect has grown exponentially, especially now that there is a market for such data. 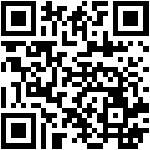 Al Kendi Computer Systems Named a Top B2B Company in the UAE
At Al Kendi Computer Systems, we're in this business to help other small businesses grow and move forward.  It's as simple as that! We're driven by the philosophy that if we help local businesses solve their IT issues in Dubai so they can become more profitable and successful Every year, Clutch announces their Leader Awards, the top-performing B2B companies according to location and service line. We are thrilled to announce that Clutch has named Al Kendi Computer Systems a top B2B company in the UAE. Clutch is a B2B research firm located in the heart of Washington, DC. Their team of independent analysts conducts interviews with the former clients of service providers listed on their site. These verified reviews form the basis of their rankings and awards. “We are thrilled to receive this award for our IT services in Dubai for small and medium businesses . This will surely an additional responsibility and commitment to serve the customers going ahead” – Mujab Sirajudeen, Business Development Manager We are thankful for all of our amazing customers, especially the ones who took the time to leave us a review on Clutch.co. Here’s what they had to say about their experience working with us. “They’re very responsive.” – Director, Investment Company Both this award and our 4-star rating on Clutch would not have been possible with all of you, our amazing clients! Read our reviews on our Clutch profile to learn more about us or get in touch to get started on your next project right away!
Read More

Learn more about what Al Kendi Computer Systems can do for your business.